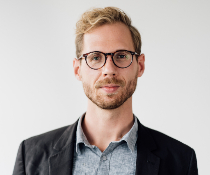 Dissertation abstract
We evolved to be a cultural species. The socio-cultural context surrounding us is pivotal in the construction of our social reality and radiates in every aspect of our psychology. Also, our flow of consciousness that culminates in and centers around an individual construal of selfhood is culture-dependent. Furthermore, we evolved to be a moral species. Morality suppresses and regulates our selfish tendencies and makes us a social being — hence, morality is central for all forms of human cooperation and thus, an integral element holding each society together. Although being universal among humans, recent findings indicate that morality differs across cultures. In this respect Jonathan Haidt proposed a group centered approach to morality ("binding" morality) and an individual centered approach to morality ("individualizing" morality), which from a theoretical stance appears to be mirrored in variant self-construals. Concerning the self and morality still open research gaps exist vis-a-vis the question if different self-construals endorse variant moral domains. Also, the inclusion of self-construals into research that tackles the scope of morality by taking a closer look at parochial altruism appears lacking so far in the literature. The current research project intends to close these gaps via a series of three empirical studies. Study one consists of a cross-cultural survey which encompasses quasi-experimental parts and investigates the effect of culturally afforded self-construals on morality. The second study is complementary to the first, relies on an experimental design, works with priming methods and aims to identify the causal effect of self-construal on morality. Lastly, Study 3 will rest on the results of the previous two studies in its final design and will presumably investigate the effect of self-construals on moral dilemmas and the impact of social situations on moral behavior. Altogether, placed under the theoretical umbrella of a cultural-evolutionary framework this PhD-project explores “which” morality guides social cooperation in different cultural contexts and intends to integrate the self in our understanding of morality in order to grasp deeper insights into the human foundations of the social.