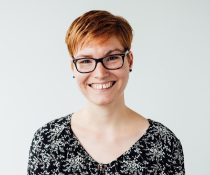 Dissertation abstract
While social protection measures against “old” social risks, such as sickness or work injury, have been introduced in large parts of the world since the late 19th century, social policies addressing “new” social risks are much less widespread. Long-term care (LTC), that is, the extended assistance with daily living resulting from impairments, constitutes one such novel risk that has, for a long time, not been recognized as a (distinct) field of social policy. However, this has increasingly changed in the last three decades, and many states throughout the world have introduced (or are on their way to introducing) social protection measures for LTC. Against this backdrop, this cumulative dissertation examines LTC system introduction and variation globally, aiming to contribute an inter-regional and cross-temporal perspective on social policy in the field of elder care. More specifically, the research focuses on three phenomena, namely, (i) LTC systems under public responsibility, which entail the adoption of statutory entitlements to benefits, (ii) distinct LTC systems, which are additionally defined by a recognition of LTC as a specific social risk/policy field, and (iii) social long-term care insurance (SLTCI) systems as a specific type of distinct system that relies on social insurance principles, most notably compulsory social contribution funding. With regard to the geographic and temporal distribution of LTC system introduction, we find that, by the year 2020, 49 countries worldwide had adopted LTC systems, of which 18 are distinct systems and six are SLTCI systems. The majority of these systems are situated in the Global North and in Europe in particular. While the first indistinct system was introduced in 1948 and the first distinct (insurance) system in 1967, the majority of adoptions have occurred since the 1990s. Our network diffusion event history analysis finds that international policy diffusion through both geographic proximity and high levels of empowerment of women and democratization significantly and positively influenced LTC system introduction. By contrast, we find support neither for other horizontal and vertical diffusion channels nor for socio-economic national constellations. To investigate how and to what extent LTC systems vary, we develop a novel typology that can be employed for classifying LTC systems globally. In this way, we seek to overcome some of the limitations that, as our review shows, characterize many of the extant classifications. The typology intersects three dimensions – provision, financing, and regulation – and five types of actors – state, societal actors, private for-profit actors, private individual actors, and global actors. When applying the typological framework to classify the population of 18 distinct LTC systems, we find considerable heterogeneity, especially with regard to the service provision dimension. However, the eight resulting types can still be combined into three main clusters: one state-regulated and state-financed cluster (12 cases), one state-regulated LTC insurance cluster (4 cases), and one privately regulated, societally financed cluster (2 cases). Furthermore, our analysis shows that the actor configurations of the six SLTCI schemes differ considerably, especially with regard to the extent of state financing and regulation, as well as in provision mixes, where we can also observe an increasing reliance on for-profit actors over time. Nevertheless, we find that societal actor funding with substantial state shares, a combination of societal actor and private for-profit provision, and a tripartite regulatory actor mix dominated by state regulation all constitute typical SLTCI features.