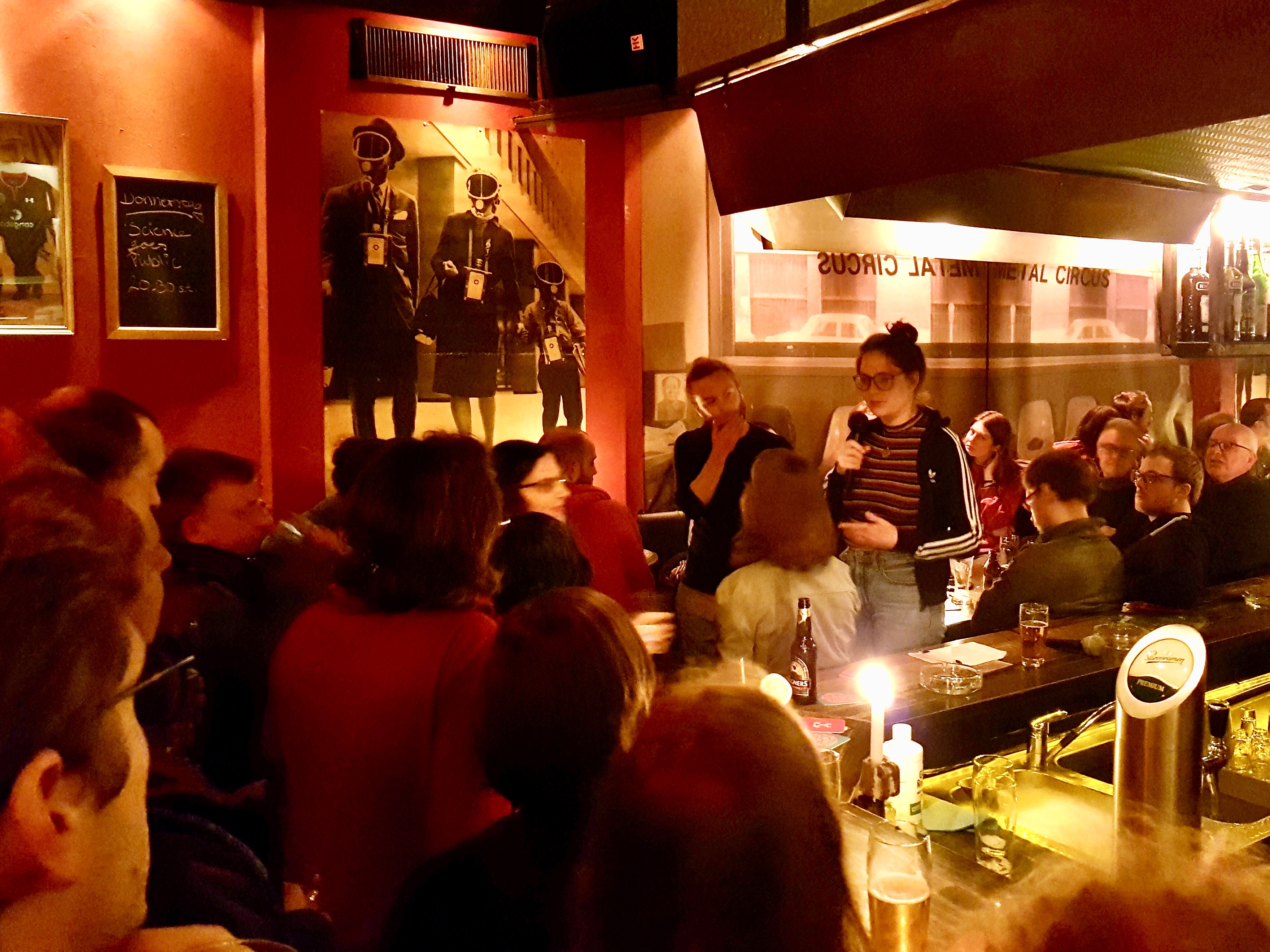 On March 14, BIGSSS alumni Lara Minkus (now SOCIUM, Uni Bremen) and Emanuel Deutschmann (now Uni Göttingen) participated in SCIENCE goes PUBlic, a series of talks in which scholars present their work to a broader public in bars around Bremen and Bremerhaven.

In Eisen, one of their favorite Bremen bars, Lara and Emanuel presented a recent paper on the "Trump Effect in Europe" co-authored with Jan Delhey (Uni Magdeburg) that investigates whether the surprise election of Donald Trump as U.S. President in 2016 had a positive or negative effect on the popularity of the European Union in Europe.

When asked for their intuition after hearing all theoretical arguments, the majority of the audience in the bar voted for a positive "Trump effect". Rightly so: the popularity of the EU was indeed higher after Trump had won the presidential election (for more details, read the full paper here). After the presentation, the pub-goers actively engaged in a lively discussion about this finding and its meaning in other political contexts such as Brexit and the upcoming EU elections.

For more PUBlic science talks in other bars in Bremen, see the SCIENCE goes PUBlic program.