"Cross-Cultural Psychology and the Rise of Academic Capitalism: Linguistic Changes in CCR and JCCP Articels, 1970-2014" 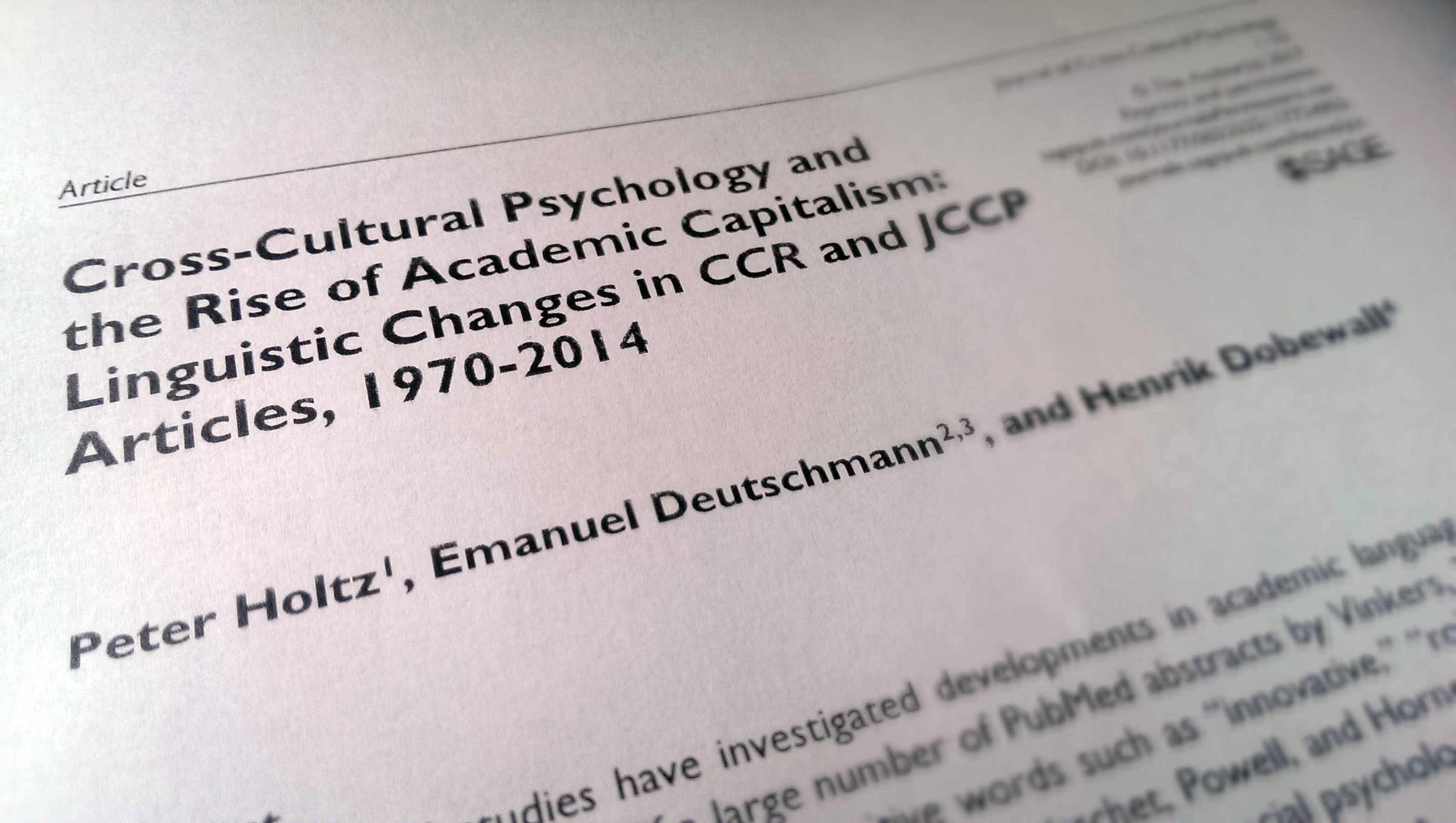 Emanuel and his colleagues show that during the last decades, scholars in the field of cross-cultural psychology have become more likely to use positive words such as “innovative,” “novel,” and “unprecedented,” to report findings that are only marginally significant, and to draw on more complicated language in their articles. The study interprets these linguistic changes as self-marketing strategies used to survive in the competitive climate of academic capitalism.

Recently, several studies have investigated developments in academic language over the last four decades: An analysis of a large number of PubMed abstracts by Vinkers, Tijdink, and Otte showed a dramatic rise in use of positive words such as “innovative,” “robust,” “novel,” and “unprecedented.” In the field of psychology, Pritschet, Powell, and Horne found an increase in mentions of marginally significant statistical findings, and social psychologist Michael Billig raised concerns about a surge of technical jargon in the social sciences. All these phenomena are believed to be a consequence of higher publication pressure and the need to become visible as a researcher in an increasingly competitive climate that is often referred to as academic capitalism. In our study, we tested the aforementioned indicators of linguistic change for a sample of 1,680 research articles from the Journal of Cross-Cultural Psychology (JCCP) and 657 research articles from Cross-Cultural Research (CCR), published between 1970 and 2014. Overall, we found a consistent increase in positive framing, a rise in reports of marginally significant statistical findings, and indicators for growth in technical jargon. These findings suggest that self-marketing strategies are also on the rise in cross-cultural psychology.