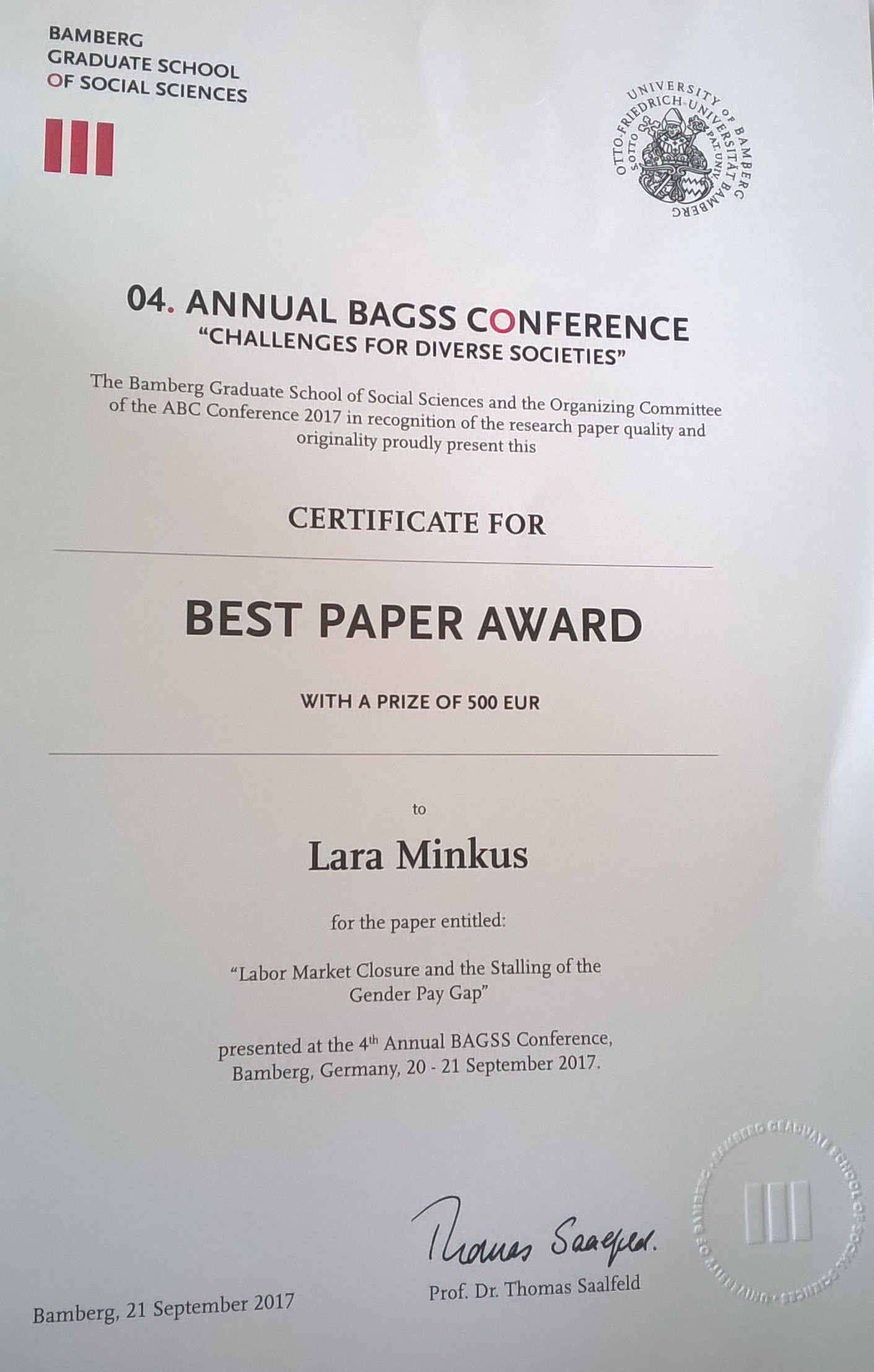 Lara's Paper on "Labor Market Closure and the Stalling of the Gender Pay Gap" convinced the jury and was endowed with €500.

Wage inequalities between men and women continue to be an issue in labor markets in industrial societies. Previous studies have shown that income inequalities are not only influenced by individual characteristics such as human capital but also by labor market closure. However, very little is known about the impact that labor market closure has on the gender pay gap. Drawing on a rich data set created by merging the German Socio-economic Panel with the Microcensus, the association between the gender pay gap and labor market closure is followed from 1993-2011. Employing JMP decomposition, evidence is found that unionization, tertiary credentialing and nonstandard employment exacerbate the overall wage differential by 41 percent. Furthermore, nonstandard employment has been found to be the only indictor that has enlarged the gender pay gap (17 percent) from 1993-2011, while the remaining covariates of interest contributed toward closing the wage differential. Additionally, increasing prices on human capital, such as work experience, further perpetuates women’s disadvantageous position in the German labor market. The evidence thus suggests that women’s catching up in labor-market-relevant attributes such as education do not offset the ever-higher wage penalty of nonstandard employment and increasing prices to human capital. These results contribute to our understanding of the stalled gender revolution by highlighting the so far widely neglected importance of power resources on the gender pay gap and by discussing the special significance of nonstandard employment as a gender-specific closure mechanism.