The BIGSSS Best Paper Awards 2020, endowed with €500 each, go to Lusine Grigoryan and Ivan Bakalov. Congratulations! The awards were presented at the virtual BIGSSS Meeting of Members on June 18th, 2020. This year’s jury was composed of faculty members Steffen Bandlow-Raffalski (Chair), Heiko Pleines, Ewa Kaminska and fellows Jonathan da Rosa, Olga Poluektova and Lisa Heukamp. The jury decided against a prize in the co-authored category this year and awarded two prizes in the single-authored category instead. 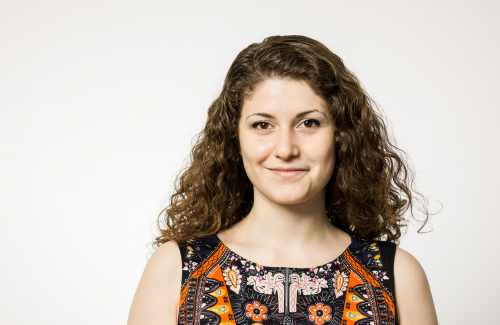 Lusine Grigoryan (Field C) received this year’s Best Single-Authored Paper Award for "Perceived Similarity in Multiple Categorisation". The article was published in the Journal of Applied Psychology (for abstract and access see below). 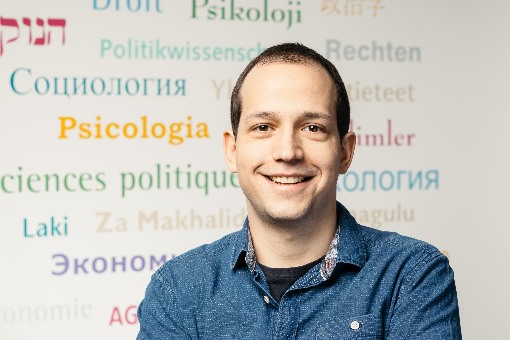 Ivan Bakalov (Field A) received this year's Best Single-Authored Paper Award for his paper "Setting soft power in motion: towards a dynamic conceptual framework". The article was published in the European Journal of International Relations (for abstract and access see below).

This truly sounds like a great read! Great job, Lusine and Ivan, and everyone else who submitted papers. Let’s keep up the good work and we hope to receive even more excellent submissions for the next Best Paper Awards.

As the diversity of modern societies becomes more structurally complex, the importance of studying multiple cross‐cutting group memberships increases as well. The present study investigates the causes and consequences of perceived similarity in multiple categorisation settings. In a factorial survey with six ethnic groups in Russia (N  = 524 participants, 5,036 observations), this study examines the effects of eight real‐life social categories (ethnicity, religion, gender, age, education level, proficiency in Russian language, job skill level, and immigration background) on perceived similarity and attitudes. The findings show that ingroup membership on each categorisation dimension increases perceived similarity with the target and that high‐status others are evaluated as more similar even by participants who belong to a lower‐status group. Findings also suggest that all judgments of targets fall into two clusters, which can be described as “in‐group‐like” and “out‐group‐like” others. The implications for information processing in image formation are discussed. Finally, path analysis results indicate that participants’ attitudes towards the target person are mediated by perceived similarity for all categories. These findings provide strong evidence for the large explanatory power of perceived similarity in judgments of others when multiple group memberships are salient.

The concept of soft power is widely regarded as unfit for academic service. But instead of dismissing it, this article grapples with its unresolved conceptual problems in an attempt to reveal the hidden value of soft power. Arguably, the proposed conceptual revision can prove its merit to International Relations scholars by structuring research around the study of mechanisms and reconciling rationalist and constructivist approaches for the analysis of power. While the revised conceptual framework builds on Nye’s original account and on the achievements of soft-power scholarship, it is the intellectual import from the contentious politics research programme that enables the crucial adjustments setting soft power in motion. The article proposes three conceptual interventions: the first draws a twofold difference-in-kind between soft and hard power, the second develops an understanding that is both relational and diachronic, while the third shifts the focus from an actor-centred to a process-centred analysis. The three interventions coalesce into a common approach to tackle the unresolved problems that takes an agnostic stance towards paradigmatic debates and prioritises inquiries into the mechanisms of interaction between the various forms of power.