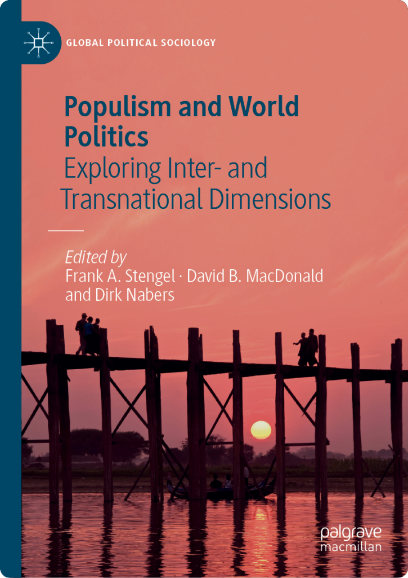 The book "Populism and World Politics" is available online through the Palgrave Macmillan or Springer website.

This volume is the first to analyze populism’s international dimension: its impact on, and interaction with, foreign policy and international politics. The contributions to this volume engage conceptual theoretical issues and overarching questions such as the still under-specified concept of populism or the importance of leadership and the mass media for populism’s global rise. They zoom in on populism’s effect on both different countries’ foreign policies and core international concerns, including the future of the liberal world order and the chances for international conflict and cooperation more generally.

The volume includes chapters by: