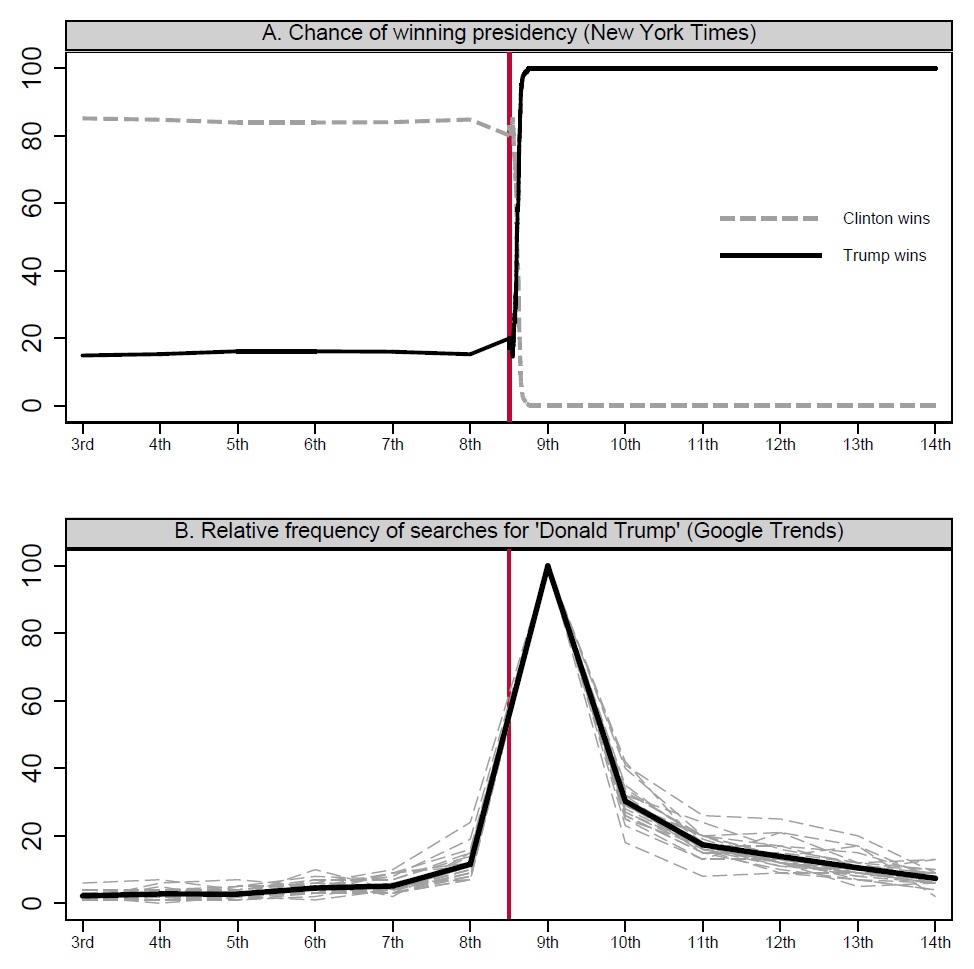 BIGSSS PhD fellow Lara Minkus and her co-authors BIGSSS alumnus Emanuel Deutschmann (European University Institute Florence) and Jan Delhey (Otto-von-Guericke University Magdeburg) have received the opportunity to prove themselves in the field of "science communication" during the last week.

The three authors had recently published the results of their study in an article in the American journal "Perspectives on Politics" (see below). A summary was also published in "The Conversation", a platform on which scholars and journalists publish relevant topics which may be reprinted.

Media not only in Germany, but also in the US, Jordan, India, Nigeria and South Korea took up this summary. Especially media from the US took interest in the results - thus far 18 American media outlets have reprinted the text, including flagships such as the Los Angeles Times, the Chicago Tribune, and the Houston Chronicle.

Read more on the media response to the "Trump Effect" study on the University of Bremen website (in German).

The open access article "A Trump Effect on the EU's Popularity?" can be found on the Cambridge University Press Journal Perspectives on Politics website.

Abstract "A Trump Effect on the EU's Popularity?"

Lara Minkus has also just completed and will defend her dissertation on January 25th - don't miss that!

“Equal But Different? Disentangling the Components of the Gender Wage Differential” (Field B) more