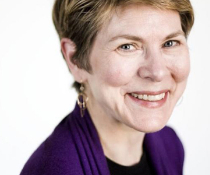 Research Interests
Andie Tucher, a historian, is Professor and Director of the Communications PhD Program at the Columbia Journalism School. Before coming to Columbia she worked as a television journalist, focusing on documentaries about politics and society, and as a campaign speechwriter for Clinton/Gore '92. Her current work centers on the evolution of conventions of truth-telling in journalism, photography, personal narrative, and other nonfiction forms. She is the author of Happily Sometimes After: Discovering Stories From Twelve Generations of an American Family (2014); Froth and Scum: Truth, Beauty, Goodness, and the Ax Murder in America’s First Mass Medium (1994); and many articles in popular and scholarly publications.

On Populism
Andie Tucher thinks that populism is notoriously difficult to define, but most of the time the label is meant as a compliment only by those who apply it to themselves.