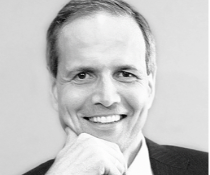 Senior Fellow at the Center for American Progress

Research Interests
Michael Werz is a Senior Fellow at the Center for American Progress where he is member of the National Security Team. Previously, he has been a Senior Transatlantic Fellow at the German Marshall Fund where his work focused on transatlantic foreign policy and the European Union. He is currently an adjunct professor at Georgetown University’s BMW Center for German and European Studies. Werz has published extensively on a wide range of scholarly and policy issues including race and ethnicity in the 20th century; Western social and intellectual history; minorities in Europe and the United States; ethnic conflicts, politics in Europe, and anti-Americanism.

On Populism
Michael Werz sees populism as a sociological miracle: The populist leader conveys to his supporters, that they are members of an elite, that is privy to the conspiracies that govern modern mass societies, and that they are — at the same time — members of the (silent) majority. Populist movements derive their longevity from establishing this contradictory dynamic of a conformist rebellion. Populisms drives traditional patterns of mobilization in a news cycle-democracy to the extreme: It relies on the personalization of ideas and arguments and offers magic political formula that seemingly reduces clashing interests to a common denominator.