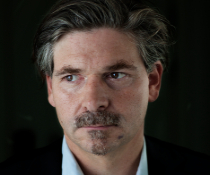 Professor of Politics at Princeton University

Research Interests
Jan-Werner Müller is a Professor of Politics at Princeton University and also a fellow at the Institute of Human Sciences, Vienna, during the academic year 2016-7. He works mostly on democratic theory and the history of European political thought.  Amongst others, he has been a fellow at All Souls College, Oxford, the Center for European Studies, Harvard, and the Institute of Advanced Study, Princeton. He is the author of Constitutional Patriotism (2007), Contesting Democracy: Political Ideas in Twentieth Century Europe (2011) and What is Populism? (2016), among other books. His public affairs commentary has appeared in leading international newspapers and journals.

On Populism
Jan-Werner Müller sees at populism's core a rejection of democratic pluralism. He contests conventional wisdom according to which populists cannot actually govern.  He argues that populists can govern on the basis of their claim to exclusive moral representation of the people and their true interests. He proposes a number of concrete strategies for how liberal democrats should best deal with populists.